After graduating from high school, I bought an airline ticket to the Himalayas. I had spent several months looking at maps and atlases, tracing routes and looking at pictures of mountains imagining what an adventure it was going to be. As I personally wasn’t aware of anyone like this who lived in Denmark, when I turned 20, I received a small inheritance from my mother who had passed away many years before. My mother had passed away, and on my twentieth birthday I received an inheritance of $1000. So I used this money to buy an air ticket to India. It wasn’t much, but enough to buy a roundtrip ticket to India and stay for seven months.

As I had no ties to Denmark, my plan was actually to stay in India and never return. During my senior year in high school, we were each given a box with all the choices of professions such as doctor, lawyer, businessman etc. However going through them all there wasn’t a single one which interested me. I only wanted to connect with Padmasambhava’s teachings. So with my $1000 I bought a ticket, and felt like a rich man with whatever was left over. In fact, on the advice of a friend, I exchanged some of this into Lebanese currency as its value was on the rise at the time, which wasn’t the best advice. The rest I changed into German marks, which was better but I soon discovered that in India, unlike American dollars, this currency could only be exchanged in New Delhi. 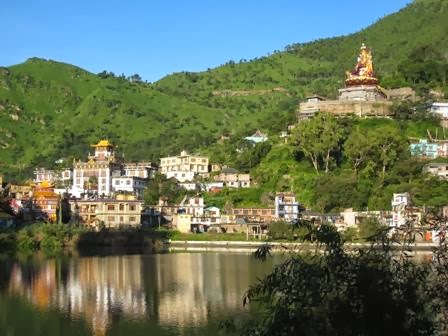 Before leaving for India, a wonderful friend named Jack Hurtigkarl, who had spent a lot of time in India and Nepal, had given me a list important places to visit and people to meet there and in the Himalayas. This list included Chokyi Nyima Rinpoche and he was also the person who explained how to get to Sikkim to meet the Karmapa. Also on my list was Sonada, where Kalu Rinpoche whom I had met in Europe resided, as well as Rewalsar in Himichal Pradesh, the sacred Lotus Lake known in Tibetan as Tso Pema. I went to most of the places and met many of the people he had suggested, but I also met many other people I never expected to.